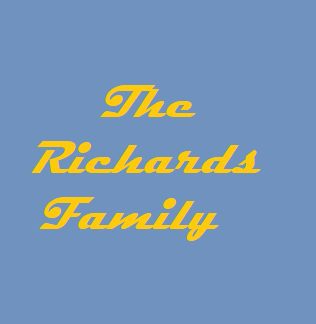 One of the most rewarding and most challenging situations in my line of work is consulting with an entire family. Working with a group of people means managing multiple expectations and personalities and arriving at a common goal that will benefit everyone—including the person with addiction that the family comes to see me about. Addiction doesn’t just affect an individual. No one uses substances in a vacuum and the consequences always affect others—broken marriages, estranged parents, abandoned children… those are just some of the pitfalls of untreated addiction.

Resentment and pain are ever-present, especially when people attempt to get their loved one(s) healthy. The key word here is “attempt,” as without guidance even the most loving family isn’t equipped with the proper strategies to achieve their goals, no tools to be able to prevent relapses, and no clue how to avoid more co-dependency, which can be present when it comes to addiction.

Yes, there are programs for families out there, and many of them are indeed valuable, but many others are based on the ideas of “tough love” where ultimatums and misguided interventions can tend to make things worse.

Having dealt with addiction myself and seeing how my family coped—and didn’t cope—gave me a unique insight into what’s effective. And what’s effective is the opposite of complaining, pleading, or threatening – some of the maladaptive practices listed on the cover of the popular book on CRAFT, Get Your Loved One Sober, which I’ve adapted and used in my professional practice. According to one definition, “Community Reinforcement and Family Training (CRAFT) teaches family and friends effective strategies for helping their loved one to change and for feeling better themselves. CRAFT works to affect the loved one’s behavior by changing the way the family interacts with him or her.”  What CRAFT teaches, essentially, is detachment with love, attending to your own needs along with steering the problem user toward change—something that tends to happen organically once the patterns of interaction change within the family.

The Richards family was one of those families. They contacted me asking about how to change their patterns—actually, they didn’t say that exactly, but after meeting with them, it was clear that they had many confusing strategies in place, but no clear plan on how to get their loved one sober. Jonathan was a 23-year-old older son of Mary and Steven Richards, a brother to Amelia, 17. But it wasn’t Jonathan I worked with initially to get Jonathan sober—I worked with Mary, Steven, and Amelia.

When the Richards family contacted me, they wanted to know how to get Jonathan to come home after learning that he was couch-surfing and partying after dropping out of school. He had struggled with drinking on and off throughout his teenage years, but it was college that really put things into overdrive. I was happy to help except there was one thing missing: Jonathan’s interest. You see, Jonathan didn’t think he really had a problem, he didn’t think he was ruining his life and he had no idea how depleted his family was.

I explained to the Richards family that there was no way I could get Jonathan to come home and get him sober, not just because he wasn’t there but because I didn’t think it was a good idea for him to come home, yet. I explained that we needed to build a strong foundation as a family and get everyone else well before we could help Jonathan. This is the proverbial oxygen-mask-on-the-plane situation again, where you need to address caretakers first before you address the problem person. The family was hesitant—naturally, they were concerned for Jonathan’s welfare and wanted him back—but once I talked about some of the strategies we got to work.

Firstly, we talked about some of the family interactions around addiction. I’ve learned that Jonathan’s father, Steven, took time off work to ensure he was at home taking care of Jonathan when things were really bad. And the mom, Mary, would get so upset she was prone to yelling and threats. Amelia, the younger sister, was herself dabbling in substances and sometimes drank with her brother, which was allowed—or rather enabled and considered the “lesser evil” (at least the parents knew where their children were). There were many other “allowances” and “punishments” when it came to Jonathan’s drinking, threats of cutting him off financially, and, on the other side of the coin, rewards for staying sober that affected family’s finances (like buying him a PlayStation). I explained how with CRAFT, each family member is taught to change her/ his/ their reactions—from negative to positive—in response to the triggers from the addicted person. For example, Jonathan coming home late after a night of drinking won’t get a lecture for being late for dinner, as he usually does in that situation, because the parents will have been instructed to take care of their own needs, and they will have eaten the dinner on their own.

We talked about and worked on the family’s response to Jonathan’s relapses too. I talked about how punishments don’t really work—they tend to prolong trauma—but receiving praise for sticking to commitments goes a long way. Even something as small as Jonathan coming home on time—or staying sober for a string of days—is more effective than having those subtle changes ignored or taken for granted. There is no need to applaud every nice thing a person with addiction does, but at first even the smallest things count.

I met with the Richards over a period of two months before Jonathan came back home—randomly after he had run out of money. By the time he came back, the family had a lot of strategies in place and to my delight, they started to apply them right away, first telling Jonathan they were glad he was back without asking him where he was, or threatening to kick him out for good if he were to leave again. He had left again and came back after a week.

Throughout the whole time, I was coaching the family on CRAFT strategies, and also directing them toward their own healing; for example, when Mary identified her anxiety and asked to be referred to a therapist (she joined an online CBT group). I had also found a group for Amelia to attend and she quickly found likeminded people who made her proud of her sobriety. Jonathan lost a drinking buddy in his sister, but Amelia didn’t “lord” her sobriety over him, she talked about how much fun she was having with her new group of friends and, although Jonathan initially made fun of her, eventually he became so curious he asked to attend one of the meetings. The family didn’t believe he had good intentions (he was still making fun of it), but we talked about withdrawing from making comments, judgements, and just letting him do whatever he wanted to do. Jonathan went to another meeting on his own and came home saying that it wasn’t so bad. He joked about “sober people not being that different from drunks.” At that point, we proceeded with utmost caution as this was the first time Jonathan expressed any interest in sobriety in the way that something about it impressed him.

Over the course of the next few months, we worked with ups and downs on Jonathan’s drinking, always keeping the principles of CRAFT in the forefront—loving Jonathan with detachment, praising him for good behavior, and trying not to judge the slips. Eventually, Jonathan expressed an interest in going to treatment and asked to come see me as well.

I now had two clients: Jonathan and his family and I worked with both. With Jonathan, I was able to find him a place to detox from alcohol, set him up with a therapist, a group and a career support person. I continued to meet with the family to coach them through Jonathan’s new sobriety as well, mindful of its thorny beginnings, and strong emotions (like resentment) that are present during early recovery. I met with the family and Jonathan until Jonathan’s first major milestone—one year of continuous sobriety.