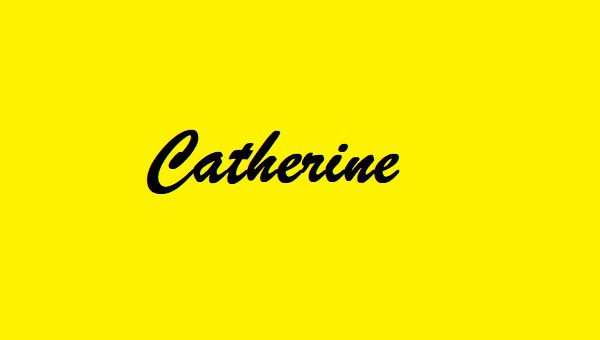 I met Catherine through her daughter who contacted me with her concerns about her mother’s drinking. Catherine’s daughter heard about my services and that what I offered differed from what her mother experienced so far.

Up until recently, Catherine was attending 12-step meetings and has been to a treatment center that employed a lot of 12-step teachings. On graduating from the treatment center, Catherine relapsed on alcohol and continued to drink secretly while still going to meetings. Unable to stay sober, Catherine started to fall behind at work. She prided herself on being a successful, caring educator, but with alcohol in the mix, she was unable to properly attend to her students.  She was disorganized and more than once she had to call in sick due to hangovers. The daughter wasn’t sure when Catherine started to drink again because she would still claim to be sober during family gatherings, but her behavior was irrational and she liked to pick fights, which suggested to the daughter—and Catherine’s two sisters—that Catherine was possibly drinking again.

Catherine disclosed that she had been drinking almost the whole time since leaving the treatment center. Not wanting to rely solely on the 12-step program, she briefly joined an addiction group connected to the local hospital and was given homework and readings which she didn’t do. Overall, she felt she was “falling through the cracks,” but she said she felt that she set herself up for failure by not being honest with anyone about what was really going on.

It was Catherine’s employer who first got in touch with the daughter to bring up his own concerns. Together, they decided to confront Catherine who at first denied but later admitted to having still struggled. Catherine complained about “nothing working.” She felt that she was being “bounced about” by various professionals she’d talked with about her addiction and she felt that her AA group looked down on getting outside help.

Other than her struggles with alcohol, Catherine felt a lot of shame over not being able to find the kind of treatment that worked—she later said having been told repeatedly that she thought of herself as “terminally unique” by one of her AA sponsors made the shame worse. After admitting to having a problem, Catherine talked about how she needed to find something that would be catered specifically to her, although she felt guilty about “being needy.”

After doing some research and asking around, Catherine’s daughter found my services and contacted Catherine’s employer—who was a strong support—to meet with me and Catherine.  After hearing Catherine’s story, including her misgivings about previous treatments, I talked about the notion of recovery not being a one-size-fits-all. I also discussed the idea of Recovery Capital (defined as “the volume of internal and external assets that can be brought to bear to initiate and sustain recovery” –– from William White’s Recovery Capital Scale), and we touched on developing a personal recovery plan.

Knowing some of Catherine’s background and hearing her frustration with previous treatment, I thought it would be beneficial to create something that would, in fact, be catered specifically to her. We talked about what types of (recovery) assets she possessed already: things that would help her develop her Recovery Capital. We identified access to food, clothes, insurance, the fact that Catherine was in reasonably good health; that she was financial stable, that she had a job she really loved. Having a relatively high Recovery Capital meant we didn’t need to deal with most immediate needs (like finding shelter) and Catherine could spend more time and energy on her recovery. I was hopeful that we would be able to eventually find a plan that would be supportive of Catherine’s goals.

During our initial session, Catherine disclosed she was feeling burnt out at work but was afraid of sharing that with her employer, as she truly loved her job and didn’t want to be seen as ungrateful. Her employer, present during the session, was relieved to hear Catherine share honestly and reassured her that her job was not at risk—as long as she tried to help herself. We talked about seeing recovery as an investment in the future, not penance for bad behavior. We talked about the importance of support systems and how Catherine had already embarked on her recovery by showing up to the session and being open-minded.

We together developed a recovery plan for Catherine that involved meeting with an addiction therapist in a clinical setting and working with them, as well as participating in a few groups that were not 12-step based. From the beginning, I wanted Catherine—and her support people—to understand that she was under no obligation to partake in all or any of the groups if they didn’t suit her. As mentioned before, Catherine’s other problem besides addiction has been feeling guilty and ashamed of not being able to benefit from the treatment that she had tried in the past. I encouraged Catherine to attend only if she found it useful and informative and if she and her clinical support found that the attendance impacted her drinking positively.

Over the next few weeks, I would meet with Catherine to do a check-ins and it became clear that she was benefitting from attending one group that focused on recovery from addiction in a broader way, generally describing recovery as “any positive change.” This group did not rely on homework and there were no specific instructions that Catherine had to follow. All she had to do was show up once a week and talk about her struggles or progress with other members. No sobriety milestones, no graduating, no pressure. She was encouraged to socialize after the meetings. She eventually made a couple of genuine friendships in the group, women with whom she spent time outside of the group context. During all of that time, Catherine was also meeting with her addiction therapsit who worked with her on developing ways to curb her drinking. Catherine’s goal was to eventually become abstinent and not have to rely on alcohol. Her work leave allowed her to focus solely on her recovery.  She reported taking up a new hobby (painting) and she was looking forward to going back to work.

Having been a high achiever in her past, Catherine basked in her recovery success and insisted on going back to work sooner than we’d planned. The challenge was finding a happy medium—where her return to work and possible stress wouldn’t jeopardize the healing work she had done already. We set up a session with a career coach and also worked with Catherine’s employer on devising a plan allowing her to come back to work sooner but more gradually.

Catherine started to report that she no longer thought of alcohol as the first thing to help her deal with stress—she was benefitting from her addiction support group where people liked to exchange ideas on how to deal with cravings and prevent relapses. Her appointments with the addiction therapist allowed Catherine to identify her triggers, talk about preventative measures, and develop more goals for future recovery.

We set up a number of check-in sessions with Catherine and two sessions where her daughter and her employer were present. Catherine reported feeling a lot happier, more relaxed and eager to come back to work full-time. Her daughter shared later that the return to work was successful and that Catherine quit drinking entirely, yet didn’t like to celebrate her anniversary because she found that reminiscent of a 12-step program. As of the time of our last meeting Catherine says she’s been “more than five months sober” and she appears to be in a much better shape physically, mentally and emotionally.

Catherine committed to reengaging with me and any needed services should she experience challenges or deviate from her plan.