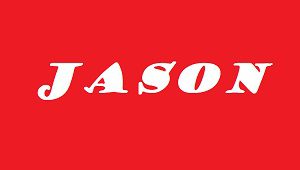 Jason was a man in his late 30s whose family called me to stage an intervention. Jason had lost his job and his nice apartment, and by the time he’d found himself in my office for the first time, he was living with roommates and supported himself almost solely from doing odd jobs and a small allowance from his relative. As an ambitious young man, Jason had dreams of one day owning his own business, starting a family and becoming a father. But all of those dreams took a back seat due to his devastating love affair with alcohol. I call it a love affair for a reason—when Jason described the first years of drinking, his eyes lit up, he became animated and he tended to reminiscent about the good, old times in a similar way I used to reminiscent about mine. It was partly that recognition that made me want to help Jason, who I could tell had a great potential but who got lost in the dangerous and seductive idea of living on the edge and “celebrating.” Jason would often make a joke that for him the attitude of Thank-God-It’s-Friday would start on Tuesday, and he also remarked how he was often too sick to make it a Monday or Sunday because of the kind of benders he would go on. Being in the sales profession prior to his firing, Jason had been surrounded by people who worked hard and played even harder. He said it was expected that he would join in all the festivities, and eventually he found himself to be the last one standing—metaphorically yes, but often quite literally. He was the guy who would try to motivate others to keep on drinking. He was the one who was always trying to find bigger, better parties even if the one he’d be at would be perfectly satisfactory. That was one thing that Jason identified early on in our meetings—the inability to sit still and just enjoy where he was, even when drinking and socializing—the two things he said he loved the most—was underway. He joked he always kept his coat on, in case he’d need to go. Even in our meetings he liked to keep his coat on and I remarked on it once, assuring him there was nowhere else he needed to be during the time we’ve spent together.

Jason’s family wanted Jason to stop drinking and they wanted him to move out of his cramped apartment and go back to school so that he could start his own business as he’s always talked about. Early on, during the assessment, we discovered that Jason’s work environment was one of the reasons why he felt pressured to drink; he was a good salesman, but what he perceived as his shyness prevented him from socializing with people while sober. We discussed the kind of therapies that were available to Jason—he was not a fan of Alcoholics Anonymous having grown up an atheist. He didn’t know what other options were out there, though he was convinced that AA was the only place where you could get sober. He was interested in reading about substance use disorder so together we came up with some literature he could peruse on his own.

We also discussed some relaxation techniques as he complained about drinking to calm his nerves. I have made several referrals—for yoga, mindful meditation, and a group that used foundations of Cognitive Behavioral Therapy to help people deal with anxiety. He found himself enjoying his yoga classes despite his initial distrust of it—he was convinced that it was something only women partook in.

I would meet with Jason’s family members every month (and as needed when situations dictated) as it was discussed during our initial planning stages—Jason was responsive to those check-ins and he understood that people were trying to help him, so he was not resistant. Surprisingly, the yoga classes helped Jason to drink less. He liked getting in shape and he remarked a few times that he would stop himself from drinking because he knew being hungover would make the exercises impossible. I’m a firm believer in pursing the venues that seem to work, even if they’re less traditional (such as group therapy or individual therapy and medication). Everyone is different and what works for one person might not work for another. Customization of treatment is key to its success.

Because Jason’s drinking wasn’t yet chronic—he was still more of a “party guy” and had only drank alone by himself a few times— he did not need to detox, but I connected him to a physician who ordered various tests and monitored his progress with regular check-ins.

During one of our talks, Jason revealed an incident from childhood when he was bullied. He believed the bullying happened because the other child found out about his adoption, something Jason had always struggled with accepting. He said he’s always felt less-than, and he developed a lot of shame around the idea that he was unwanted. We talked about his experience enough that I was able to make an assessment and direct him to a therapist who specialized in working with relinquishees. Jason continued to drink but he began to be able to resort only to weekend drinking and he reported that those instances didn’t always turn into binges. His family was reporting a lot of improvements as well, and we began talking about his goals of finding an apartment and a new employment.

I put Jason in touch with some services specializing in working with people embarking on second careers. On Jason’s request we met regularly for check-ins where he would tell me about his progress. I also continued to meet with his family. Jason would often ask for more literature recommendations and I shared with him some of the resources that have helped other clients. He was especially keen on learning about trauma related to adoption. I’ve consulted with his primary therapist who believed the intellectual knowledge allowed Jason further to make sense of his developmental trauma. Jason came to conclusion that his shyness and drinking around people in sales stemmed from his need to please others—he had a fear of being abandoned since that was what happened to him as a child when he was given up for adoption.

Over time, he learned that he didn’t need to rely on drinking in order to make people want to spend time with him, and he had a couple of successful outings with friends that didn’t turn into a binge. In our final sessions, Jason often talked about how alcohol was no longer the tragic love affair in his life, he no longer prioritized it. He was able to find a job that he enjoyed through a friend of a family and he decided not to go back to school. He was not upset over this decision, in fact, he confessed he felt relief because he believed going back to school was something he thought of doing solely to please his parents.

When we parted, Jason was still seeing his therapist and still enjoying yoga. I noticed he was a lot calmer and he would always take off his coat, never giving the impression that he was in a rush. He was drinking significantly less. He began a new relationship with someone who didn’t drink and the family believed she was a good influence on Jason. I suggested quarterly check-ins and ensured that Jason knew how to access services he might need.