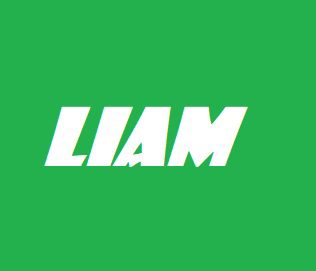 One of the most controversial aspects of how we “treat” addiction is the criminalization of drug use and punishing individuals suffering from a substance use disorder with jail time, criminal records, and further pushing them onto the outskirts of society by treating their dependency on substances as a criminal activity (which often perpetuates actual criminal activity). I don’t believe I will see a full decriminalization of drugs in my lifetime, but I am not a fan of jailing people in lieu of mental-health treatment. In my line of work I’ve met clients who have had encounters with the law that often lead to even heavier drug use and occasionally ended up in a lifetime of legal battles and frequent imprisonment further marred by an even heavier dependency. It’s a vicious cycle.

I am not saying that situations such as driving under the influence and causing an accident or robbing a store after consuming substances should not be punishable by law, but there are many occasions where this punishment is much more severe than the crime and when it creates even greater obstacles for society to overcome. There’s an ongoing debate about the relationship between psychiatric illness and criminality with a popular belief that people with mental illnesses are more prone to acts of violence and aggression. While it is true that drugs and alcohol tend to bring out aggressiveness in many individuals, the cause of the crime is often not the person’s drug use but the mental-health issue that underlies this use in the first place. Trauma, Adverse Childhood Experiences (ACE), and environmental and genetic mental-health issues are the biggest culprits when it comes to addiction—people don’t reach for substances because they’re immoral or “bad” or criminals. They reach for them because they don’t know how to self-soothe, cope, and/or feel happy.

When I was contacted by Liam’s family and his attorney, I knew that his story was one that deserved a better outcome than the one that was about to occur. Liam was a bright, athletic teenager who got into drugs and alcohol after getting mixed up with kids from another high school. Starting with skipping classes to drinking at school dances to missing his part-time job because of hangovers, he was slowly but steadily getting affected by the abuse of substances. He got caught shoplifting a number of times but was let go with a warning. Once he entered college, his partying ways started expanding, and he began using substances popular with the dance culture, mainly Ecstasy, which can greatly remove inhibitions. He was arrested at the age of 22 for breaking and entering and sent to prison for a short time. He broke the conditions of his bail after getting drunk and getting into a fight at a bar, which is where his parents intervened and got in touch with me. A court date was set and there was a threat of a longer jail sentence, and a criminal record, which would prevent Liam from pursing his dreams of becoming a doctor. Despite his addiction and his legal troubles, he was still very much invested in his future and considered this period of his life as “sowing his wild oats.” During one of our initial talks we talked about Liam having to face his reality—I believed that he needed to speak to a therapist who could set him straight about his life goals and how facing reality needed to be a part of that path. The idea that he would get away with his behavior because he was young and had all the time in the world was a part of a misperception that some people with addiction fall into when they try to justify their use. Fortunately, Liam was open to speaking to someone, and eventually he admitted that he was just afraid of the responsibilities and used his partying and questionable behavior to stave off having to be a responsible adult. He also spoke about frequently feeling bored and not having a lot of direction in his life; he believed that made him act out and do “stupid things.” I’ve assessed his mental health further, took history of his addiction, and determined what resources would be most helpful to treat his condition. I believed that incarceration would only make his mental health issues worse and that his addiction—which I didn’t believe was at a chronic, everyday stage yet—would only get worse. I reached out to a clinical treatment team to assess for ADHD and other issues, and worked with that team to design a treatment for Liam that would aid him with dealing with his impulsiveness, and also help him work through his trauma (he often spoke of his parents’ divorce and having to move to another state as the result of that as a very difficult time in his life). In terms of treatment, I believed it would be beneficial for Liam to attend regular sessions with an addiction specialist—not only to evidence to the court his willingness to stay sober, but to enact a lasting change through finding other coping skills and other activities whenever he’d feel bored.

Fortunately, Liam’s social circle wasn’t a huge part of his downfall—what I mean by that is that there wasn’t gang involvement, nor did Liam live in a particular environment that would affect his desire to stay sober. This is important because with clients who are entangled with legal issues, mitigating risk in their environment is an important step towards healing—it is much easier to heal in the place where you don’t have to run into people and situations which trigger you to use.  But we talked about the people he was drawn to and how he could approach those interactions differently. He suggested wanting to volunteer with the homeless at some point in the future and we wrote that down in his goals book.

The next step was addressing Liam’s legal situation. The family knew I worked with attorneys, clients, and courts where mental health and addiction issues are prevalent. Firstly, I met with Liam’s attorney and we talked about the plan she was going to present to the court where she would address her client not being a risk to society. In my work with Liam, his attorney, and the family, I committed to providing written reports to the judge/ courts about the plans and my involvement with the case. Also, I made myself available for testimonies—something I have done in the past with other clients. The attorney was able to strike a deal with the courts which involved bi-monthly reports and my supervision of Liam’s treatment plan as part of his dismissal. I was also responsible for liaising with Liam’s family and college advisor, and I remained in contact with his therapist and his addictions specialist. All in all, there were five professionals actively involved in making sure that Liam got the support he needed: myself overseeing the case, the attorney, the therapist, the addiction counselor, and his school advisor. I would meet with Liam and his family on a regular basis as well for check ins and to make sure that everyone was getting the help they needed and that Liam stayed accountable.

He reports that his success in following through with the therapy, his addiction group, and getting himself back into school was what gave him extra motivation to stay out of trouble and stay on the path of recovery. He understood and appreciated the teamwork that it took to facilitate his recovery and expressed his gratitude many times. Last time I checked in with Liam he was about to enter the second year of college, he was sober and healthy, and he was no longer a part of the dance culture where he used to take substances. He did take up music production as a hobby and channeled his love of music in that way.

I think about Liam’s case a lot because I know that, if it wasn’t for the team and our work on his recovery, he his trajectory was not an upward one and was headed towards further criminal justice involvement.  Yes, it took a lot of people and a lot of work to get Liam better, but in the end, it was a lot more satisfying than putting him through an endless cycle of punishment and removal from society where he’d experience separation from the very resources designed to help him heal. 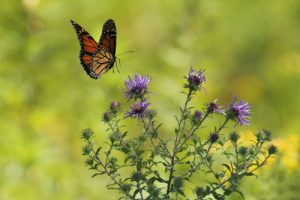 The Butterfly Effect: Truth and Transparency in (my) Adoption

“The butterfly effect is the idea that small, seemingly trivial events may ultimately result in something with much larger consequences – in other words, they 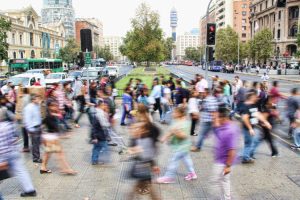 Adoption Truth: What Every Adoptee Wants You to Know

What every adoptee/ relinquishee wants you to know is that we are not all the same. We have all, however, gone through trauma, whether we