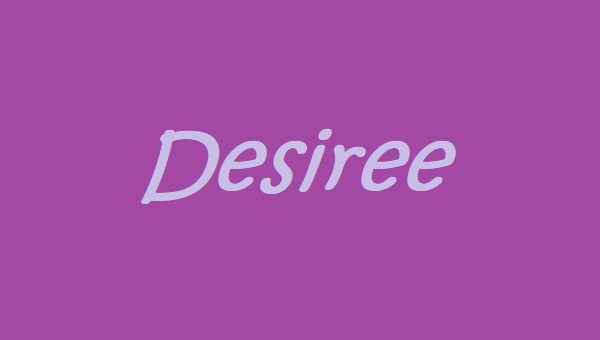 Alcohol moderation can address problematic and/or excessive drinking. Moderation strategies can teach individuals how to manage their alcohol use by utilizing tools and support groups for moderation. It’s important to stress that most people who have found success with Moderation Management do not suffer from physical and psychological dependence, but their drinking is problematic in the way that it disrupts their lives significantly, whether through engaging in risky behavior—such as drunk driving or risky sexual activities—or having difficulties with their interpersonal and professional relationships.

A PhD student and an editor, Desiree, was someone whose drinking affected both her interpersonal and professional relationships and she sought help after a difficult breakup and suspension at work. She had been referred through a friend whose family member used my services previously as part of my CRAFT approach (essentially working with family members of the individual to ensure that they are resilient no matter what happens with the addiction).

Most of my clients are people who hope to quit using or drinking entirely because of the devastating physical, mental, and emotional consequences, but after meeting with Desiree I could tell that she was: 1) not ready to be fully abstinent and 2) determined to curb her drinking no matter what but had no idea how to go about this. We spent two sessions talking about her history of problematic use as well as discussing her future goals. She was also interested in getting some more help dealing with her breakup that she felt was independent of her addiction issues. For that, I put her in touch with a therapist suitable for her needs. I can confidentially provide many kinds of referrals for my clients as needed. I’m a firm believer in recovery from a holistic, or all-encompassing, point of view. It is my understanding that problems with something other than addiction—such as a relationship—can make addiction worse when the client doesn’t have good coping mechanisms and relies on their addiction to self-soothe. Desiree reported that she was very happy with her new therapist and shared that they worked on her co-dependency issues. Desiree signed a Release of Information so that I could speak directly with her therapist to ensure we were all working toward the same goals, and we did so every two weeks throughout Desiree’s engagement with the therapist.  Six months after meeting with her therapist for the first time, she reunited with her partner. She was also drinking a lot less at that time, which benefitted the relationship and allowed the couple to explore activities other than going out to a bar, such as seeing plays and playing trivia games on weekends.

But before we got to that point, Desiree and I co-created a plan that would help her to find the best strategies to drink less whenever she’d find herself in triggering situations or places. We talked about how one of the obstacles was Desiree’s tendency to compartmentalize and make her drinking seem a lot less serious than it was—she admitted she had no one to be accountable to now that she was single (and she now worked at home because of the pandemic). She said it would be useful to have some kind of a system in place where she would have to maintain her commitment to drinking less. It is important to encourage clients to share what they think would work best for them.  It’s my understanding that we are our own experts and oftentimes know already what will and what won’t work. Desiree’s request was clear, and she identified it early on, before we even set a more detailed plan in place.

I helped Desiree implement a blood-alcohol monitoring tool and accountability service that delivered reports to me daily.   I would discuss those reports with Desiree. This wasn’t about white-knuckling abstinence from alcohol on her own—I would make sure we’d acknowledge her success in maintaining and use other times as informational (no scolding, no punishments and definitely no shaming).  Once we’d establish her ideal moderation goal, we would be able to see if she was getting close by working on it diligently over a period of time, or, alternatively if whatever we set up in place wasn’t working.  Again, allowing Desiree’s own expertise on Desiree inform this part of our journey; we’ve arrived at drinking no more than four units in one sitting so roughly half a bottle of wine. Desiree is in her 20s and identified that it would be difficult not to socialize with her friends most of whom drank. But she said she’d be happy to forgo her nightly cognac brandy, as she dreaded it anyway and only did it to connect with her older brother she lived with. Her brother is one of Desiree’s supports and he had no problem with keeping their house alcohol-free and was happy to replace their ritual with another one (eventually, they took to drinking non-alcoholic beers).

Helping someone to moderate usually takes longer than most coaching engagements since most people need to find support through social situations where alcohol is present, so family rituals like Desiree had with her brother, holiday seasons, events like weddings, or in Desiree’s case academic engagements. With moderation management, I prefer to meet with people over the course of a year to fully support them moving through those events and how help them determine how well they cope and where they tend to stumble. Although Desiree had an easy time cutting out the nightly brandy and keeping with her four-units-in-one-sitting goal, she was particularly sensitive to academic engagements. There was a tradition of going out for drinks to celebrate launches or thesis defences. Desiree said the pandemic lockdowns were good for curbing that but once everything went back to normal, Desiree found herself falling into old patterns.

I was able to refer her to a recovery group that was not abstinence-based, where she could go and discuss her triggers outside of my coaching. We found that the extra support was needed, at least in the first year, if not beyond. It wasn’t until eight months into our working together that Desiree was able to attend a colleague’s celebration where she didn’t feel a need to drink and didn’t give into peer pressure. She said it was the ongoing support and brainstorming of possible future challenges that stopped her from taking a drink. She had only deviated from her plan a few times, but Desiree was motivated to be successful because she enjoyed feeling healthier, happier and eventually having her partner back in her life. She said liked that she could still choose to have a drink but didn’t have to worry about it ruining her day or her career.

Before parting ways, we’d identified a few more tools that would help her maintain her goals and stay on the moderation path. One of them was journaling—Desiree liked to feel accountable and have evidence of her progress, something she could refer to. Together we’d also designed a small list of rules that she’d set for herself, for example, not drinking with colleagues, not drinking when feeling either depressed or really happy, not drinking when unable to sleep.

Desiree asked to be able to check in once we were officially finished working together, which we did periodically.  I encouraged her to reach out to me at any time should challenges arise.   She reported that she had been able to drink moderately and was considering quitting drinking all together as she planned to start a family.