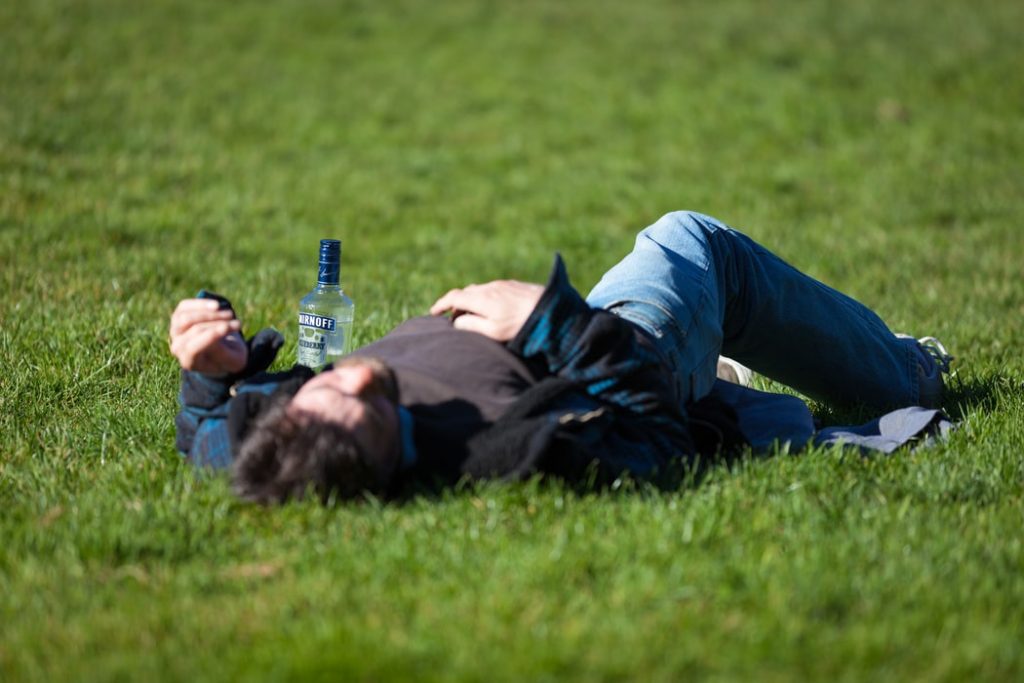 In the beginning it has never occurred to me that my substance use was akin to checking out of life. I thought I was just having fun; later, I thought I needed it to relax… I thought it was my reward, then my right… then I didn’t know what to think because I was far disconnected with reality.

Perhaps it’s drastic to compare substance use to slow suicide, but indeed that’s what that seems like to me, now – even when I thought I was happy, it was clear that I didn’t want to be in this life. I didn’t want to participate fully and deal with reality. I worked very hard, I had a family to support and I needed a break. The only way I knew how to go about getting that break was to have a drink. It was – and it remains so – socially acceptable to have a few to “take the edge off,” to get tipsy with your friends, to drink more on special occasions like weddings or vacations. I didn’t understand that my drinking was different from how others drank, and I was also often surrounded by people who seemingly drank the same way I did, which was often – and which, in my world, was also done under the pretext of collegial bonding.  If you told me back then that what I was doing was avoiding life, I would’ve shook my head in annoyance – I was living life and I was living fast and to the fullest. Except that I know now that was all an illusion.

I was doing anything but living.

I think about those times when I go through periods of intense activity or stress – for example, when there’s a lot happening at work or when I go through a significant life change, such as moving. I won’t lie – I can get overwhelmed, but I am no longer conditioned to crave a drink as a way to relieve the tension I’m feeling. Instead, I stay in my body and in my mind and I deal with life exactly how it presents itself. 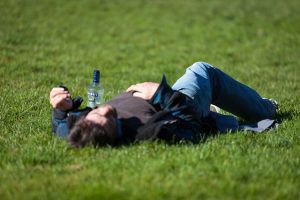 Photo by thom masat on Unsplash

I no longer have the option of taking a break from it and avoiding whatever comes at me – I must live mindfully to stay healthy, not mindlessly.  Sure, it’s uncomfortable sometimes, but these days I accept that. The important thing about being able to stay in my discomfort is remembering that it will pass as it always has, in the past. Letting the discomfort happen to me, and facing it as it is teaches me how to deal with it later. Every time I conquer a difficult situation in sobriety, I can bank that for future reference. If I were to add a drink to the mix, I wouldn’t be able to progress and I would stay stuck. I would stay stuck in my head, in my shame, and in the knowledge that I am unable to be in my reality.

Now that I’ve been sober for some time, it appears so unbelievable to me that drinking and the culture of “taking the edge off” by checking out is such a wildly popular remedy for dealing with problems. It is unbelievable to me that we offer people a very dangerous drug to “help” them socialize, celebrate, or relieve tensions. It’s artificial, it’s chemical, it’s synthetic, and it has nothing to do with growth or maturity. It’s the opposite of those things because it turns us into incapable children unable to be authentic in our lives.

And alcohol is never a solution – it delays having to deal with problems and it distorts everything because it exaggerates happiness, and it minimizes the worries, but never permanently. At best it ends with dehydration and hangover, but when you use it constantly – as I did – to cope, it will eventually rule your life and, eventually, it will be the only way you’ll know how to be in life. You and I are better than that – there’s a more genuine way to be and that is staying right where you are, in your body and in your mind, waiting for the fear to pass. And happiness? You don’t need anything to amp it up as it comes from within.  And when you truly meet it, you’ll never want to check out again.