Inter-generational Trauma: No Man is Really an Island 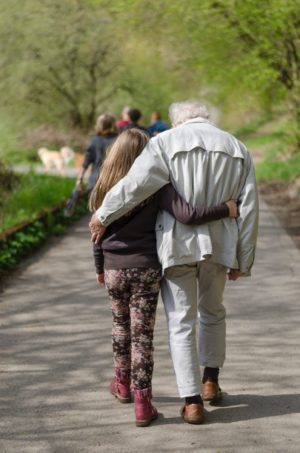 In my quest for self-discovery, as well as in my work as a professional, I’ve been astonished to find out how complex the issue of trauma is. I think many of us see trauma as an event or a series of events that happened, but there exists a lot of evidence that points to the fact that trauma is often a continuous occurrence. For example, in the article Parents who had severe stresses, trauma in childhood more likely to have kids with behavioral health problems , the idea is proposed that trauma is inter-generational. A new study by UCLA’s Dr. Adam Schickedanz, “showed that the children of parents who themselves had four or more adverse childhood experiences were at double the risk of having attention deficit hyperactivity disorder and were four times more likely to have mental health problems.”

Personally, I am not surprised at these findings. When I think about my own origins, and especially my biological mother, I can easily point out how being born into a stressful situation (having to be given up for adoption) set me up for some future problems. I didn’t spend much time with my biological mother, but she was pregnant in what were far-from-ideal circumstances. She was very young, the pregnancy was unwanted, the father wasn’t around, and back in that time, her situation was something she would’ve probably felt a lot of shame over. We still throw so much judgement at teenage and unplanned pregnancies—almost sixty years ago, the world was even more unforgiving.

As much as I wish things weren’t so, I cannot imagine those months as happy in my biological mother’s life. There’s a lot of research that shows that infants of stressed pregnant women are more likely to develop mental and physical problems in the future; their immune systems are weakened. I don’t picture my birth as a joyous occasion, I was not a newborn that was feted and doted upon. Shortly after my birth, I joined a family that cared for me, but my beginnings weren’t those of love. 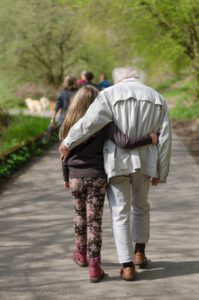 I don’t know how much of that experience caused me to be a certain kind of baby that perhaps evoked further negative reactions from his environment. As far as I know, I was very much loved and I was a good baby, but I also grew up to be a slightly withdrawn child, one who felt at odds with the world. From the beginning, I could tell there was something different about me, and I’m sure the world could tell so too. Somewhere in the same world, my biological mother lived her life that didn’t exactly improve—she did marry and went on to have a family of her own, but I’m sure my adoption and what happened to her left its mark on her. She drank herself to death. As an adult I almost did too.

As I learn more about the intricate web of trauma in my professional life and make more self-discoveries, I appreciate the complexity of our psychological makeup especially in the context of our communities. I become more and more convinced that in order to heal ourselves we have to engage in the kind of healing that encompasses families and generations. We have to take into consideration our biological roots, our developmental history, and how the people who were instrumental in our growing up were shaped by their own circumstances. Without understanding our connections to others in this world, we cannot begin to see clearly how we were shaped individually. We can only gain knowledge about ourselves by understanding others.