Addiction seen as a Gapers Block 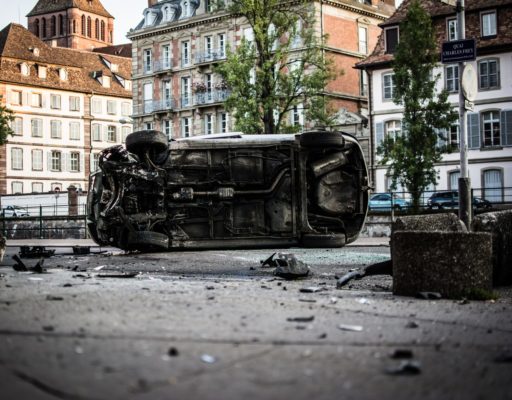 The myth of a person with a substance use disorder as a romantic and tragic figure remains a popular subject of films and books. Just recently there were two films released whose subjects were people with addiction. One of the films, this one with Julia Roberts, is extremely powerful. It is not a huge surprise that addiction is a popular topic and people suffering from it are popular subjects—after all, the stories are often over the top, painful, highly watchable (the good old adage of not being able to look away from a train wreck works), and the redeeming of complex antiheros seems like an incredible payoff—so often it is that the further into the darkness, the greater the redemption story.

But that’s Hollywood for you—not reality. It is exaggerated and edited to gloss over the unwatchable aspects of substance use. And those are not usually the gory things—the public loves gore!—those are the mundane, the repetitive, the quietly tragic parts, such as repeated rehabs, detoxes, holiday dinners ruined over and over. The reality is often tedious, and so many stories don’t have redeeming, happy endings.

As an addiction professional, I see a lot of success stories, but those, too, are often quiet. The revolution is rarely televised. Sobriety is usually a private affair that happens between the person with substance use, his health professionals, and the family. Sobriety is more often gracious than shouty, humble than bragging. People who get to the point when they are finally able to string a few days clean are usually exhausted by their own journey of running away from themselves and their emotions. I love seeing when people who get better simply look less exhausted—that being a bonus on top of overall better health and appearance. Sobriety means there’s sleep and regular meals and some kind of routine. I appreciate the small victories.

I am not against the movies or books—after all, I wrote a book that covers the topic of addiction. I think it’s great to support people who have overcome addiction or who can speak about it because, the more exposure on the topic of addiction, the better. I just think that there’s a good way to do it and a way that’s harmful—it’s a fine balance. People with addiction don’t need any more stigma, we don’t need the world to be even more confused about it than it is already.

For that reason I’m not a fan of shows such as Celebrity Rehab (thankfully defunct now!), and it recently made me cringe to hear about a recovery podcast where a celebrity was interviewed while he was under the influence. The memory of people with substance use disorder dying on TV is still fresh and that whole business of exploitation of people has done a lot more harm than good. It makes me shudder to think that for some people the only exposure to addiction was through watching those television shows that did absolutely nothing to inform and educate any of us about substance use. 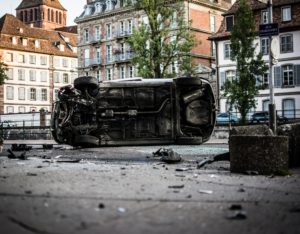 Photo by Guillaume B Ro on Unsplash

I hope that going forward we can strive to be sensitive about addiction and the issues connected to it and how it’s portrayed on television and in media. I hope that the books that will continue getting published will be read because people will want to learn about addiction, not because they will want to experience a gapers block – watching someone fall apart to make themselves feel better. I am always happy to share my own story of addiction (and adoption!) with those who seek the truth about it, and I know I never wrote it to be sensationalistic—I’ve always hoped to help others. I think this is the greatest aim and privilege an author and an addiction professional can get, to be able to share their own experience with his audience.