Informed Consent: Recovery Should Be In Your Hands Too 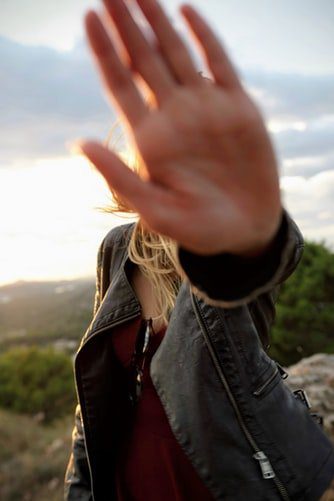 One of the successful aspects of recovery is making the person with substance use disorder feel like they matter. Years of addiction can strip anyone of their self-esteem, their agency, their understanding of how they fit into the world. A person who is new to recovery is often full of shame and guilt and might have a skewed view on how she is perceived by those around her.

People with addiction are aware of the fact that they’re being viewed through a negative lens by society—stigma is prevalent and alive and words like “junkie,” “drunk,” “meth head” and so on, are commonly used when describing those struggling with substance use. Even in recovery there’s a culture of shaming—so many rehab facilities treat their clients as less-than: they demand obedience and humbleness, they infantilize people, and they practice “tough love,” which sometimes is just a euphemism for abuse, be it verbal or psychological. People rarely thrive in conditions like that, and if anyone gets better in such an environment, they sometimes leave with their egos shattered and an uncertain sense of self. In one rehab center that I know of, people were not allowed to “graduate” unless they admitted to having had a “spiritual experience.” Without this caveat, their stay and even sobriety were deemed less of a success than that of someone who has claimed she had found god.

How much better would it be to treat people with substance use disorder with esteem? I believe that recovery, which happens in a supportive atmosphere, can yield greater success than that which occurs under threats or is based on belittling. I’m a huge fan of Informed Consent—this is a practice that ensures that a client is an active participant in their recovery by having access to all information and being part of the “team” that is assembled to aid her. According to one definition, “Informed Consent to Therapy “respects a client’s right to self-determination by informing the client about central aspects of the relationship and obtaining from the client consent to proceed. Through the process of becoming informed, the client receives information on which to base a considered decision; through the process of obtaining consent, the psychologist ensures that the decision to proceed belongs to the client and is not the product of coercion.”

In other words, the client is just as important as any other person on her “team,” including the therapist or their loved ones or others in mutual self-help rooms. Substance use disorder does not give permission for others to take away the client’s agency and force them to attend treatment venues that the client might not agree with. An example of this would be demanding that inpatient clients of a rehab facility attend 12-step meetings even if they find those meetings unhelpful, or worse, harmful to their mental well-being. As useful as they are, to some people meetings just don’t add to their growth and don’t produce the needed results. Clients go begrudgingly and many end up questioning the point of sobriety if it means that they have to do things like “moral inventory” or pray to “remove defects of character.”

Photo by Philipp Wüthrich on Unsplash

The client should be given a number of choices and be able to participate in the decision of how recovery will go for her. She should be able to choose if she wants to involve spiritual means, if she wants to try medication such as Nalexone—even if she’s interested in harm reduction instead of abstinence. Those, and many others, are factors that should be discussed with the client and not forced upon her. My hope is that the field of recovery will recognize the need for Informed Consent and will start to treat clients as human beings—with dignity and respect that everyone else deserves.