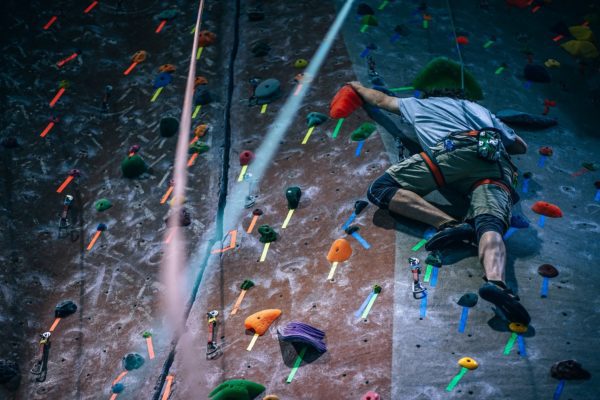 Every day hundreds—thousands?— of persons with a substance use disorder make a decision to quit. How many of them actually do something about it right in the moment they make such decision we have no idea, but I’ll make a guess that it’s not a large percentage. Why am I being this pessimistic? Simply because I have been there. I’ve been to the land of Promises—to myself, to my loved ones, to the very deaf universe. Many hungover mornings were often the times when I would feel particularly committed to quitting once and for all. But by the end of the day, I would find myself drunk again, my best intentions and promises forgotten, ignored, and my shame—over failing to keep my resolve—now so massive that I had to drink over it. It just seemed easier to just keep drinking rather than facing my problems. Of course, that is the biggest delusion—that it is easier to stay in the addiction. Maybe in the short run—after all, how much effort does it take to obtain a bottle? —but in the long run, for me, drinking just compounded into bigger and bigger problems, more shame, and more self-hatred.

The good news is that it’s not that hard to stop. The bad news is that you gotta make that first step and mean the hell out of it. Perhaps, the worst news is that, as people we are incredibly skilled in crafting excuses for ourselves, coming up with scenarios when taking “the plunge” is just not doable because it’s not the right time, the circumstances are against us and, frankly, because it wasn’t really that bad, was it? Maybe you just overreacted! “I just enjoy alcohol, it makes me more social.” “It’s my birthday soon.” “I have to go to my sister’s wedding.” “Christmas is coming.” “I have an important meeting with an important client who likes to drink.” I myself could come up with hundreds of those. And let’s face it, making that step into recovery is as terrifying for so many of us as it would be jumping off a cliff. How are we to survive without our best friend? (So many people with substance use disorder compare their relationship to their drugs as that of a loving relationship or at least a co-dependent one where life without the drug seem simply too cruel, too terrifying.) 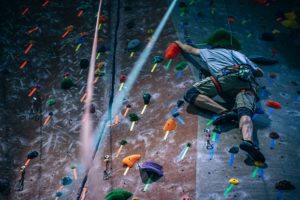 Then there are practical and realistic obstacles, such as taking a leave from work (to go to detox), becoming honest with your loved ones and friends, pulling out of family obligations, worrying about employment or having a place to live if going into an in-patient program is a possibility. There are financial reasons, too, for not going to the drastic route of detox and hospitalization.

Photo by Fancycrave on Unsplash

I understand and empathize with a lot of those reasons and excuses. I know that not everyone has thousands of dollars to spend on treatment, and I understand that can be important. But what if this was cancer we were talking about? Or any other deadly illness? Would you not drop everything if you’ve found out you’ve only a few weeks left to live unless you get yourself into a hospital? Would you not run if you knew that your illness would cause your kids to suffer through great trauma, your wife or a husband to leave you, that your illness will render you unemployed and unemployable and possibly homeless? I know all this sounds quite dramatic, but addiction is that kind of condition—it’s a condition that robs us of not only our mental, emotional and physical health but that also destroys those around us.

Allow me to twist this a little bit. Try seeing recovery as an investment—so still in the realm of The Big Unknown; it even looks a bit like a gamble—but if you can imagine that every day sober is like putting money in a bank after taking out the gamble on sobriety (for example, by asking for a sabbatical at work and going into treatment), know that that kind of gamble will soon pay itself off. Every day sober is a day worth more (yes, in financial terms too) than a day drunk or high. It might be so hard in the beginning, you might have to start from absolute scratch, become like a newborn all over again but remember: in recovery you’re always moving forward. The fun day of drinking and using make for nice memories and yes, sobriety, can be beyond dull sometimes, but after a while, being sober will become the new norm. And after it becomes the norm, the fun will come back, the joy will come back—maybe not right away, but eventually. Once you stabilize, you’ll be able to see your new life as full of opportunities and if you’re like me, you’re going to try to enjoy every day to its fullest because you’ll be present for it. A morning without a hangover or shakes, a weekend with your children who feel relaxed around you again, a dinner with your partner who is no longer anxious about you doing something “crazy”… that is what the future has in store for you and very often, much, much more.

People in recovery re-discover themselves, they often go back to school, they take on new hobbies, new challenges (hey, a sober friend has just taken up driving lessons at 41 and she’s exhilarated about becoming a driver). It’s a great life, and the only obstacle between it and you is those excuses. Don’t waste time because it’s your time and you’re not going to get it back if you waste it. If there’s even a glimmer of hope that you have for yourself right now, grab the phone and call a helpline, look up a meeting online, connect with a sober friend and make that first step. No more excuses. The world of recovery awaits you.