As the world is cautiously discussing easing down some of the restrictions and reopening businesses and institutions, people in recovery have an interesting dilemma to think about. For the past few weeks, recovery meetings have been conducted on-line, and in some cases, the attendance has been unprecedented. Where in the past, I used to join my regular meeting on-line and see 15 to 20 familiar names; lately that number has quadrupled. I hear that it’s the same with groups that went from in-person meetings to virtual ones—the numbers have increased significantly.

So what do we do once we’re allowed to gather in groups in real life? I mean, if the recovery groups on-line are more popular, shouldn’t we stick to that? Lots of people who haven’t been able to attend as many meetings in the past, do now as they have more time and they don’t have to leave their house. At the same time, we all crave human contact and seeing faces on our computer screen is not the same as seeing them in an actual room. The experience is lacking even with the most dynamic group. And especially for someone new to recovery, in the virtual world, it is perhaps even easier to fall through the cracks. In the comforts of our homes, on Zoom we get to control how we want to be seen; our interaction is somewhat edited. If we feel particularly emotional and cry, we can easily hide that from people, and no one will reach out to us.

Yet, we still feel connected to each other and our recovery. There are certain freedoms, too, with attending virtual groups. For example, you can leave. Where in the real world, getting up and trying to disappear discreetly is almost impossible—the scraping chairs, the shushed “excuse-mes”—that problem does not exist in a zoom meeting. It might not seem like a big deal, but there were many times when I attended a recovery meeting and felt as if my head was going to explode was I to stay another minute. My fear of offending someone by my departure was stronger than my need to self-preserve. And I would go home defeated and feeling a little frustrated for allowing myself to stay in a place where something felt off, where I perhaps felt a little unsafe. The convenience of on-line gathering outweighs that of real-life meetings. I wouldn’t be surprised if people opted for that as their regular source of recovery. Although that might not be enough… 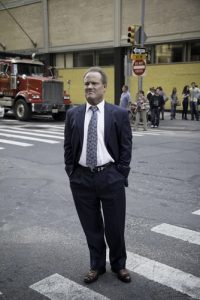 Photo by Felix Koutchinski on Unsplash

I think that the best way to transition from the world of lock-down and zoom is to use both types of meetings once the in-person ones become available. Instead of seeing this as a dilemma, we can see the strengthened presence of on-line recovery as additional support. I’m sure many groups (such as AA) will balk at the idea of replacing real meetings with virtual ones, but there’s no harm in adding them to your life if you’ve found it useful. I hope that after all of this ends, we’ll have learned more tolerance and patience with each other and will use everything that we have to help us through.