The Power of Love and Connection 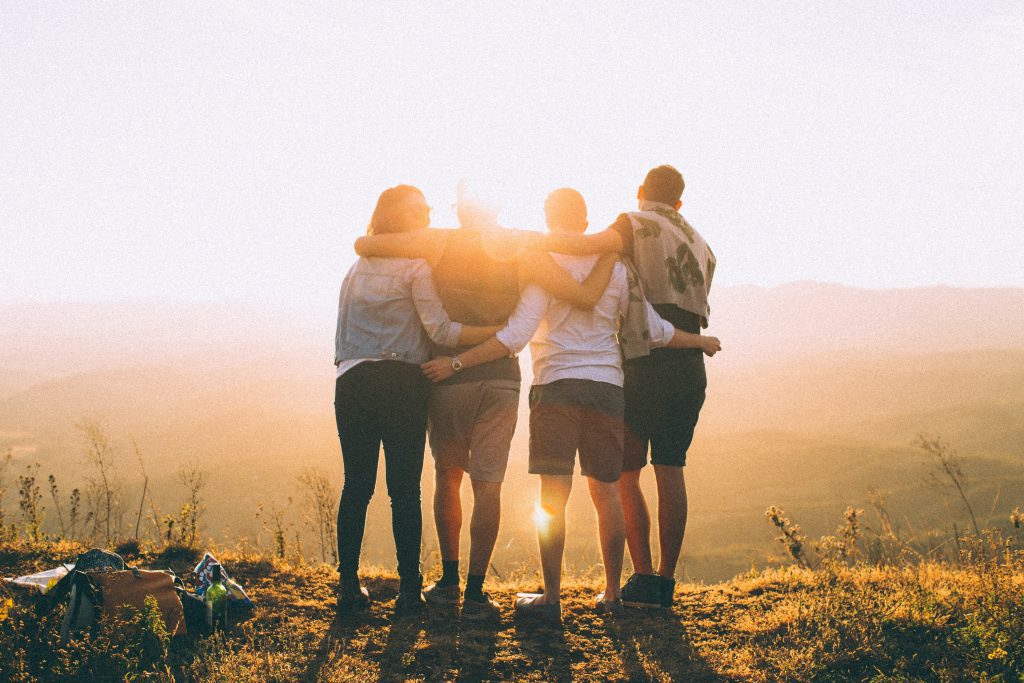 All you need is love, as the famous song has it. It’s a happy song, easy to sing under your breath and its message doesn’t seem all that revolutionary. Yet, for some of us, “All you need is love” might sound like a troubling idea… Sure, most of us are surrounded by it when we grow up in families and among friends who cherish and support us. For many years we might not give this concept the second thought as it seems to just be there without us having to think about it much. But as years go by and as we try to understand the world a little better, love becomes more complicated, more hard to get and give, and for a significant portion of us it becomes an elusive concept—especially if we had to deal with any kind of heartbreak or trauma.

For relinquishees this trauma starts early on, sometimes right after birth. A baby has no expectations, no need other than to be loved and cared for. And when this care gets interrupted by the way of adoption, the baby suffers. Even if the baby ends up in a loving, caring adoptive family something has been broken—a sacred, biological pact that exists between two beings: the mother and the child. From then on, life can get complicated although this might not manifest right away.

In my own experience, I did not realize that there was something wrong until later on in my childhood when I started to feel that I was different from my peers. My adoption was never a secret, my parents were loving and caring and I had everything a child could want. I had a warm bed and food and family trips and access to sporting activities and toys; my family didn’t have any financial strains and for all intents and purposes I was thriving. I had all the love I could ask for. But there was darkness in me, a hole that demanded to be filled-but with what? Sometimes I wonder if that hole was mother-shaped, if it appeared the moment I was relinquished, never to be properly filled. I had all the love and yet it was one specific love that I missed and there was no way I could ever get it back. This grief, this realization that something is gone forever like that messes up with your mind. It tells you that you’re inadequate, that there’s something wrong with you, that you were defective. Because if you weren’t wouldn’t the person who relinquished you keep you?

Knowing what I know now, I understand that my biological mother was not in a position to take care of me but sometimes, reason has little to do with emotions. And my emotions were and are valid. I allow myself to feel grief for that little boy and for the younger version of me who was confused and who tried to stuff that hole with things like alcohol, drugs, tobacco, and unhealthy attachments. All those things that provided relief but only in a short term. They would patch up the hole temporarily and I would think, “I don’t need anyone or anything. I am content.” Alcohol will do that to you tenfold—it will give you the temporary illusion that you are okay in this world by lowering your inhibitions and filling you with this false warm feeling that sometimes can feel as good as a loving mother’s touch.

I was unaware that I was seeking love when I drank and used but in retrospect, I was doing exactly that. I was trying to connect desperately, I was trying to forget that I was desperate and I was also trying to feel tough (nothing like liquid courage!), and like I didn’t need anything or anyone. The chemicals in alcohol mimic the feelings of connection, they trigger the release of endorphins — chemicals that produce feelings of pleasure — in certain areas of the brain, leading those of us who crave pleasure and that elusive good feeling to ingest more and more. Additionally, alcohol stimulates the release of dopamine and serotonin, which are often referred to as your “feel good” hormones. This is important to know because it shows just how artificial those reactions are. Being drunk and happy is not a real feeling. Drunk love is not a real feeling. 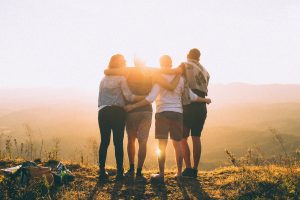 Photo by Helena Lopes on Unsplash

Once I got sober and understood those mechanisms, I was able to work on establishing my connections and rediscovering love in a totally new, natural way. I was never able to replace what’s irreplaceable — my mother — but I was able to re-build enough real connections with my loved ones and as a recovered person with a substance use disorder, I was able to offer love back as well. Today, that hole and desperation to fill it are gone. I never noticed when it disappeared exactly but one day it just wasn’t there and I simply felt okay in this world and like I belonged. I was finally able to relate to people in an authentic way and once I understood that I could come about that naturally, on my own — and with the loving support of others — I knew that all I needed was love and love was all I had.