The Harm of Positivity 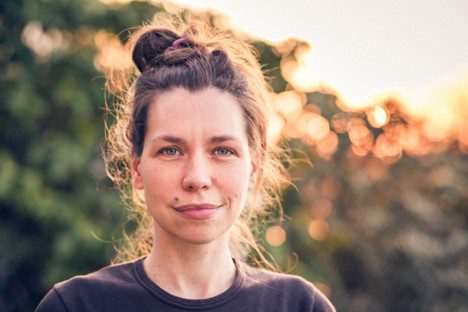 Have you too been feeling this “sweet” pressure to feel good, the way I have lately? I’m talking about the pressure to triumph over negativity and to stay optimistic. After all, don’t we need to figure out how to be happy in this world that continues to grapple with turbulent times? Wouldn’t it be beneficial to just choose to be “chill” about all of it?

The end doesn’t seem to be in sight despite some great progress. But this progress is also what’s started to divide us from the get-go. People have become mistrustful, not just of the government, but of media and the scientific research. I am steering away from political and moral debates, but one aspect of what’s been going on has made me think of people in recovery. This is the idea that we should be positive despite our hurdles, now that we’ve tackled our traumas and addiction. We should be happy to be alive since we have proven that we are stronger that what ailed us, even the world events shouldn’t be a deterrent in our rabid pursuit of joy. Shouldn’t we shout from the rooftops about gratefulness and second chances and how beautiful our lives are now that we’ve turned the page?

Sure. But just like with any significant psychic changes, positivity and genuine happiness is not something we can just talk ourselves into. And contrary to what some proponents of joyfulness want us to believe, thinking positively and doing positive things doesn’t necessarily lead to more positivity.

I know there are thought leaders out there who believe that manifesting positivity is enough to deal with any calamity and it’s enough to bring more goodness into our lives. Think happy thoughts, be happy! Except that for many of us this idea only creates more stress and it’s yet another way for us to feel pressured. Many relinquishees are already familiar with a version of this concept having grown up with the understanding that their adoption was what ultimately saved them from difficult life or even death. I’ve talked about this before, this idea of feeling like “the chosen one” and how difficult it is to constantly have to perform to this persona. There’s no room for sadness or anger or disagreement, there’s only room for gratitude, and if any negative emotions creep back in, we feel shame and a sense of failure—here’s yet another proof that there is something wrong with us because we can’t even feel properly happy! As some of my readers know, I grew up with that mind set and it was exhausting and it’s what led me to substances, which allowed me to check out of the perfection.

I am wary of positivity. I know that feeling joy and feeling contentment is possible, but feeling joy and contentment all the time strikes me as absurd. I remember people used to wear those “Am I Smiling?” buttons in fast food restaurants when I was a kid. Young men and women being trained to look perpetually happy as they worked often-unrespected jobs and dealt with often-rude customers and who knows what kinds of stress at home. It was fake and we could all see that it was fake, but no one was saying anything because we lived in the world where fake joy seemed more reassuring than honesty or authenticity. It was the same world where men felt free to tell strange women to “smile” and no one considered that a harassment. And it was the same world that expected people in recovery or in therapy to be not only doing well but to show it outwardly so that perhaps everyone around them could feel reassured that the big, bad things were not so big and bad and everything was working out.

Photo by Johannes Krupinski on Unsplash

Fortunately, I am not the only one who finds the idea of fake joy ridiculous. The term “toxic positivity” describes this phenomenon, and  people are becoming a little more discerning of how they’re supposed to present themselves. As I’ve noted and as we all know, these past many months have been exhausting and for many of us just keeping our heads above the water is enough. Adding fake smiles to the mix and feeling guilty over not feeling truly happy is detrimental to our recovery. We have to arrive at joy naturally and we have to treat our happiness as something that will show up organically, that might be fleeting and that will come back as long as we learn how to stay true to ourselves and adjust our expectations.