Like an addiction, recovery too is stigmatized. Not a lot of people share with the world that they’re in recovery from addiction or trauma. Unlike beating a dangerous illness, you rarely see people boasting about overcoming addiction or trauma—outside of their circle of supporters, and others struggling with the same thing. I think recovery from addiction or trauma gets a bad rep partly because of the kind of language we use when talking about it. It’s not the language of enthusiasm; it’s the language of negativity with warnings of relapses, where sharing about past failures is encouraged and rewarded (especially in the rooms of Alcoholics Anonymous). But we could turn all of this around and make recovery something to be universally proud of by focusing on the positive aspects of healing and celebrating our successes. I’m not suggesting having a parade, but I’m suggesting losing shame for something – that would be a massive achievement.

I know that for many people, recovery has to remain a private, secret thing—in that way so similarly to addiction. I know that those who boast about it risk getting ostracized or judged. We’ve come a long way since the early days of AA when addiction to alcohol was seen as a moral failure, and when attending meetings was not anything anyone wished to admit to.  Yet, it is rare that someone will qualify as being in recovery when asked about their biggest achievement. We still live in a world where not saying anything is a lot better than being out and public about it. It was a difficult choice for me when I first published my memoir and decided to come out as someone who struggled with substance use and was also relinquished as a child. I was very much aware of possible repercussions my confession carried. Still, my need to tell the story and hopefully help others like me outweighed the cons. At the same time, I did debate using a pseudonym instead of my name because of the stigma. In the end, I decided to own my recovery, and I’ve never looked back. I’m in a position, right now, where I speak to audiences that value my openness and are interested in my experiences. It’s good to be honest and not have to hide any more. For those reasons, I am sympathetic to those whose honesty could cost them a job or some other important opportunity. I know that teachers or doctors would fare badly were they to announce that they are in recovery.  I wish we could get rid of that stigma and let the world know that there’s nothing shameful about healing and becoming a whole person. 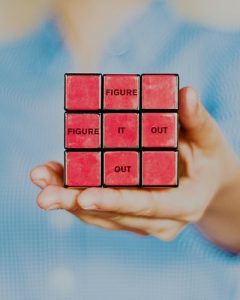 Photo by Karla Hernandez on Unsplash

I don’t know if our attitudes will shift drastically after the pandemic, but I hope that we’ll be able to appreciate the proverbial small things more, and that we will understand intuitively that focusing on solutions is a lot more useful than focusing on problems. I’m also hoping that we’ll find a better way to navigate our realities and will feel proud of all the good things that we’ve accomplished—especially the thing that has given us our lives back, our recovery.