[Following is an official OnlineBookClub.org review of “Parallel Universes” by David B. Bohl.]

Read the entire review at OnlineBookClub.org.

Imagine from your very first memory, at a very young age feeling as if you’re different than everyone, that you don’t belong. What could cause a child to feel that way? Such is the case of David B. Bohl, author of Parallel Universes: The Story of Rebirth. David was adopted when he was seven days old by a loving couple who gave him a stable and loving home. So why did he feel like he didn’t belong? It was like he was living in parallel universes, one with his family and friends and the other with his inner self, feeling like something was wrong with him.

David knew from a very young age he was adopted. However, In his mind, he believed he was ‘relinquished’ because something was wrong with him. At the age of six, he told some friends he was adopted. Their reaction was shock and disbelief, and from that point on, they avoided him. Their response convinced him he was right; there was something wrong with him. He struggled with the shame of being ‘relinquished.’ He pretended to be okay on the outside, while inside, he was in turmoil. He began drinking when he was thirteen because that’s what his friends were doing, and when David drank, he felt accepted. By the time David was a young adult, he had a high powered job with the stock exchange, married his childhood sweetheart, had two beautiful children, and was a wealthy man. On the outside, it seemed he had it all. However, on the inside, his feelings of shame were stronger than any of those things. He turned more and more to alcohol to dull the inner pain. How long could he continue to live in his parallel universes? Would he destroy it all with his alcohol abuse and his deeply seeded shame?

Read the rest of the review at OnlineBookClub.org. 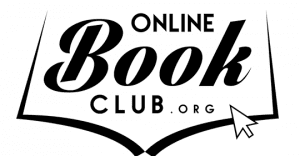