Nothing to be Ashamed Of 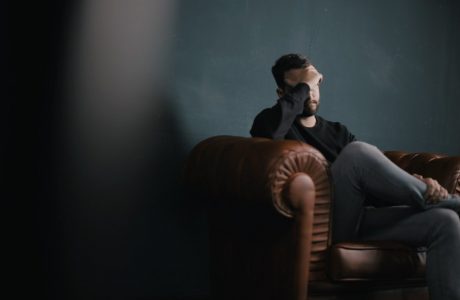 Shame. It’s a monster that has been ever-present in my life from as far as I can remember. Before I had a name for it, I felt it acutely. I had this idea that there was something inherently different about me, that I was inadequate and not like the people around me. It seemed to me everyone else got an instruction manual that I myself was not privy to. This was confirmed when at the age of 6 I revealed to my young friends that I was adopted—until then that was just an interesting fact about me, but after the incident it was no longer an interesting fact—it was a liability, it seemed. By my friends’ shocked reactions, I learned quickly that I was different from them and their perfect biological families – learning that confirmed my already-there suspicion that there was something wrong with me. My parents were loving and caring and they never made me feel inadequate, but even in their blissful acceptance of me, I’ve found some kind of a betrayal. How could they love me knowing what I was? My world was turned completely upside-down. 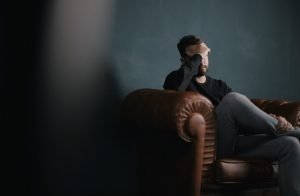 Photo by Nik Shuliahin on Unsplash

Did it make things easy now that I knew that I was not like the others? Yes and no. Yes because I had a confirmation that aligned with my low self-esteem but no, because, of course, no one wants to stick out from the crowd for all the wrong reasons. Shame was a gift that kept on giving throughout my life. This is how it went on in my head for a long time: Something is wrong with me. I don’t know what, or I’m not smart enough to know what, or there are so many possibilities to choose from that I cannot forecast what others will see is wrong with me. Someone will definitely find out (like my friends did), though, and I will be outed in the most humiliatingly public way. This will not only confirm that there’s something wrong with me, but it’ll make

Things look even worse because I knew there was something wrong with me but was unable or unwilling to do anything about it. I deserve what I get.

Maddening, isn’t it? And it was maddening like that until I found myself in sobriety and later in secular meetings (and even now, when I continue to grow as I investigate my past and stick to Reality). Once I found some grounding in sobriety this train of thought could be stopped and redirected. I couldn’t protect the little boy-me or the teenager-me or the adult-me that thought that way—those were my past selves and I couldn’t help them. But knowing that there was actually nothing wrong with me all along allowed me to reconcile those past selves, fix my maladaptive ways of thinking and forgive myself, too, for being so hard on myself over the years.  I felt grief over my past but knowing that I’ve put an end to the shame cycle allowed me to get some closure context – a better understanding of the circumstances that informed my perceptions.

Having been a relinquishee and a person with addiction, I’ve suffered a double whammy of insecurity and shame. Lack of identity (who was I? where did I really come from?) combined with questionable life skills (of a person with alcoholism), turned me into an adult that was full of fear and still unsure about that instruction manual that everyone else seemed to have. I was lucky that I’ve found sobriety and that I had enough strength and support to stick with it. Without it, I don’t think I would be alive today.

I know that there are many people like me out there who still struggle with their identities—whether due to their adoptive statuses or developmental interruptions or some other early-life experiences—and who have to work extra hard to get themselves back or to build themselves from the scratch. But it is possible, I know it – and I hope that you know it too. Uncertainty, guilt and shame are not productive—they contribute nothing to our growth but there are great lessons to be learned once we know how to overcome them. And we overcome them by being honest and gentle with ourselves. It’s a little bit like breaking the spell—once you have the words and the tools of recovery (any recovery—from addiction and/ or from trauma), those negative forces have less and less chance to imprison you. Freedom is possible. And it is beautiful. Life without shame is beautiful. Everyone deserves it.