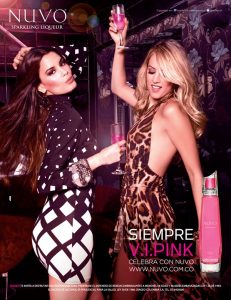 Guess what? There is a magic potion that will help you get all those things, make all those fantasies come true. Don’t believe me? Google “Alcohol ads glamorous” and you’ll see a plenty of images that will prove to you that a bottle of gin or vodka or beer, etc., can make all those dreams come true.

We’re not children so, of course, everyone understands that ads are not real life and that their promises aren’t true.  But those kinds of messages have been with us forever—or as long as marketing was a powerful machine that—in this case—churns out powerful lies.

In her book, “This Naked Mind,” author Annie Grace writes: “We’ve been conditioned to drink our entire lives. We’re told alcohol calms and relaxes us, gives us courage, gets us through parties and work events, and makes us happy. Younger people even believe alcohol is good for their health.

Yet no one wants to admit that they’re influenced.”

There’s no way for me to figure out how much advertising influenced my drinking, how much of my drinking was due to my trauma of being a relinquishee, how much of it was genetics. But I know that, for example, when I was a high-rolling young guy in Chicago, drinking with my bosses and colleagues, I bought into the idea that our lifestyle had to include alcohol because that’s what the cool guys like me did. I saw it in the ads. I became an ad myself.

There is no magic potion. Rather, it’s like in a scary fairy tale when the magic potion is actually poison.

Imagine what the ads for alcohol would look like, were they to illustrate what really happens when you drink and when your drinking kills you? Imagine a billboard portraying a skeleton hugging a giant bottle of vodka, an ad in a glossy magazine of a child crying next to her passed out mom or dad, bottles of beer strewn around the messy room. That is reality. Ads are not reality. Don’t believe the hype.