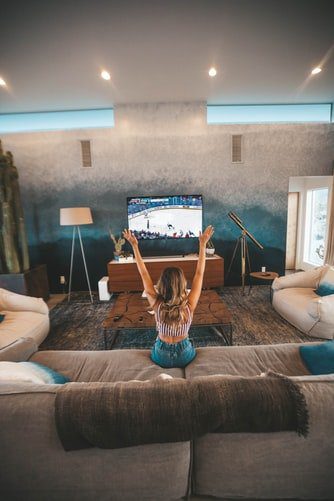 I’ve noticed something on social media that’s reminded me of something that used to happen in the rooms of Alcoholics Anonymous: people boasting about the quality of their recovery. A similar thing is happening on social media, with people claiming a certain kind of triumph while in lock-down. Although at first, I’ve found those posts positive and maybe even inspiring, later, I realized that they’re harmful. I’m talking about the “I’m-thriving-in-the-pandemic” posts. There was also a popular article about a woman who claimed that her complex-PTSD made her uniquely qualified to survive this time of crisis in peace and even with happiness. But what about someone with complex-PTSD who’s finding this time extremely challenging? I can imagine reading that woman’s cheerful account would only bring on feelings of inadequacy and shame.

This reminds me of the people in recovery who would try to out-do each other on how well they were doing. The people who would claim that 12 steps, prayer, and, often, god, made their life complete, and they’ve lived happily forever after. Sitting in those meetings, I’ve often felt depleted and confused about my own attitude. Since I’ve felt anxiety and was still dealing with trauma, despite having been sober for some time, did it mean I was not doing my recovery, right? And why was that even a competition? I mean nobody calls it that but boasting about your achievements to a room full of conflicted, broken people is not exactly selfless. Sure, it might be inspiring to a newcomer to hear that recovery can bring on happiness and freedom, but if those don’t happen, one can’t help but feel that there’s something wrong with them. And that’s not the case.

I like my shares to be balanced. I like when people talk about their successes and their struggles equally because it simply makes them seem more real, more human. And relatable. I like people who admit to good and bad days, and who acknowledge those around them who are struggling. 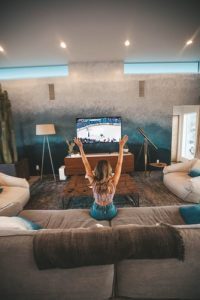 Photo by Roberto Nickson on Unsplash

So it is maybe for those reasons, seeing some people waxing poetic about how this is a wonderful experience, how the universe is opening for them, how they feel ecstatic about it all seems tone-deaf and strangely unkind. Seeing those posts doesn’t inspire me, and I doubt they encourage anybody. All I’m feeling is a slight annoyance, and I know if this was old-me I would feel quite a bit of shame because my quarantine isn’t some great spiritual experience, it’s a very real experience and one that has affected a lot of people in many negative ways. I’m not suggesting that people don’t share their positive outlook, especially when it has the potential to help others, but maybe this isn’t the right time to announce how much better you are doing than the next guy. It reminds me of all those celebrities posting whiny videos about having to be stuck in their mansions. If you’re doing really well,  perhaps sharing your coping skills and offering help to those who are struggling would be a more useful way to spread the joy around.