Whose Recovery is Best?

Recently, there has been some upheaval in the recovery circles—especially the traditional ones, such as AA—about the article “The Patriarchy of Alcoholics Anonymous” by Holly Whitaker. The headline is perhaps misleading as Whitaker, who’s also the founder of Hip Sobriety, talks about what worked for her, specifically even when she proposes a somewhat controversial idea. She is known for saying that she’s not an alcoholic because “no one is.” This does not sit well with 12-step groups, where people literally introduce themselves as first: “alcoholic,” followed by their first name. (It is important to note that there are some progressive AA groups that don’t scoff at someone saying that they have problem with alcohol or that they have “Substance Use Disorder” instead of labelling themselves an “alcoholic.”) I myself have gone through a few transitions. I no longer call myself “alcoholic” because I don’t believe that we need to define ourselves by the things that ail us. Truth is, I’m many things, and the fact that I drank problematically for most of my adult life shouldn’t be the only descriptor. Having said that, in my consulting practice I wouldn’t turn someone away because they choose to call themselves an “alcoholic” or an “addict.” I also have no desire to debate anyone about the effectiveness of 12 steps—what I share here are just my opinions that are also based on lots of research, but that are in no way absolute truths.

The fact is AA works for many people. And so does S.M.A.R.T. recovery and private counselling, and so does Sobriety School founded by Whitaker, judging by the support and praise she’s received for her work.

Unfortunately, many people don’t like change, especially not when this change affects their long-held beliefs. Whitaker has been attacked and mocked on-line… same as many people who speak publicly on addiction. It is such a sensitive topic that having an opinion about it is sure to create some controversy. The old-timers in AA look down on those who eschew their old-time values and the non-AAs try to prove why their way is better by picking AA as their sole target. I myself have at times been critical of AA, because it’s not the solution for everyone, but I would never say that they need to cease to exist and that they’re wrong. 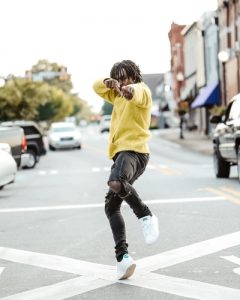 Photo by Blake Cheek on Unsplash

What I would say is that, ultimately, recovery differs for each one of us. Some of us get sober on their own, some go to meetings, some use personal-coaching services—all of us, however, have the same goal. That goal is to get better, healthier, and to recover from addictive behaviors that wreck our lives. Even AA used to have a saying, “AA is not a way of life, it’s a way to life.”

There’s no worse or better method because it’s impossible to measure recovery and even define it. I know people for whom recovery meant moderating their drinking and those for whom abstinence from all that’s toxic—including sugar—was the only way. Whatever it is, it always strives from the desire to improve our lives and how we do that is a personal choice. Our methods of getting sober and clean are all equally effective and can be equally non-effective. For some of us it takes years to find the right solution. What’s important is that we don’t become stagnant. Even if we leave our recovery groups and try something new and fail—what matters is that we keep at it. Fighting about whose recovery method is better, and feeling self-righteous toward those who chose alternatives, does nothing for anyone. It’s just a waste of energy.  It derails us. And we need to remember that we’re all going in the same direction