What’s in the Message? Why Words Matter 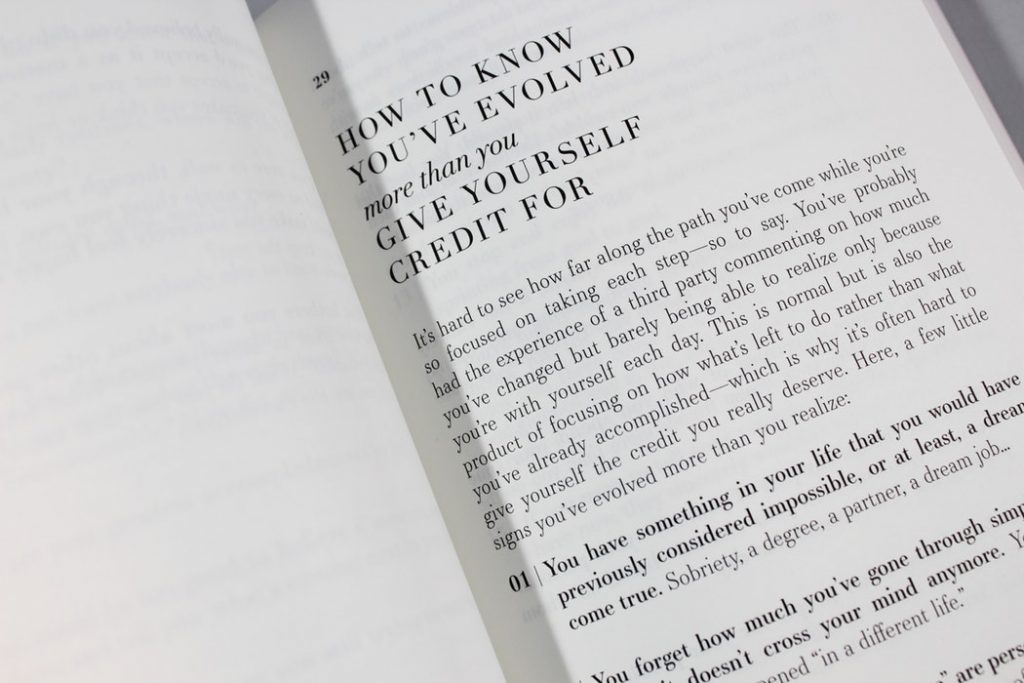 If you spend long enough time in recovery, you will encounter many different ways of describing what happened, what has been going on, and what’s going to happen to you in the context of addiction. This can be extremely confusing, especially for those of us who have attached different meanings to words, for whom words are loaded with emotion, sometimes even trauma, and for those who just don’t get the jargon. There is so much jargon. There’s jargon in the rooms of Alcoholics Anonymous, there’s jargon in addictions counselling, there’s medical jargon, and there’s jargon in self-help books. Sometimes it’s hard to remember that everyone involved is actually striving to achieve the same goal, which is to recover.

Photo by Thought Catalog on Unsplash

The Merriam-Webster definition of recovery is pretty straightforward:

“1 : the act, process, or an instance of recovering especially : an economic upturn (as after a depression)

2 : the process of combating a disorder (such as alcoholism) or a real or perceived problem.”

The Oxford English Dictionary definition is, thankfully, similar—the first example given is: “A return to a normal state of health, mind, or strength.”

But it starts to get a little rocky beyond that. Is it a disorder or a disease that we’re recovering from?

“A disease is a pathophysiological response to internal or external factors. A disorder is a disruption to regular bodily structure and function. A syndrome is a collection of signs and symptoms associated with a specific health-related cause,” as according to the healthwriterhub definition.   Then there’s “condition” which is, “an abnormal state of health that interferes with normal or regular feelings of wellbeing,” according to the same source.

When it comes to addiction, whether we have a disease, a condition, or a disorder, we all want to recover from it—and that’s the bottom line. Recovery is the bottom line. Beyond that it gets murky. But don’t let that stop you from pursuing your recovery!

Unfortunately, for some, language is what prevents people from connecting because they don’t trust the others who are voicing the conflicting messages. I mean, how does an agnostic fare in a traditional AA meeting where god is mentioned at every twist and turn, where god is referred to as “He,” where this god is supposed to help one get sober—no, in fact, where getting this god is the only way to get sober? I wonder how many people have walked out of AA meetings feeling completely hopeless because they couldn’t feel the connection to the god-focused people who got sober or clean. Language can be so alienating. I’ve stayed in the rooms of AA because I was able to grin and bear it for a while, I was able to look past this god and recover, but once I did get some sobriety, I realized I was, again, in a place where I felt different than my fellows. So I looked for secular meetings and, thankfully, I’ve found some. Not only that, it turned out that people in those meetings were staying sober despite the fact that they had no faith (in god) and that they’ve erased “god” from the AA literature. There is an ongoing discussion about how the non-believers manage to stay sober without that foundation of the very AA program itself, but it turns out there are ways around it—for me believing in Reality was a powerful motivator, for others it was simply being among a group of like-minded individuals during meetings.

Often, I thought of those secular meetings as kind of a refuge for those who couldn’t find themselves in the traditional AA. Many times, a new person would show up, as if washing up on the shore after a long swim, a little desperate and terrified but also relieved that finally there were others who spoke the same language. The secular meetings might not be perfect—nothing is—but at this time, in the 12-step program realm they seem to offer less judgement, less ego deflation.

Because there is still a lot of judgement going around. There are still slogans in meetings that discourage us from thinking, that state that god is the only solution, that ask us to keep things simple when it’s impossible to ignore that nothing about addiction is simple… The text of the Big Book of Alcoholics Anonymous is also still problematic, assuming that it is usually a man who has the substance use disorder (or alcoholism if you’d like to use that term) and that he’s the main breadwinner, and that a heterosexual union is the only one worth mentioning. Then there are gems like this:

“Rarely have we seen a person fail who has thoroughly followed our path. Those who do not recover are people who cannot or will not completely give themselves to this simple program, usually men and women who are constitutionally incapable of being honest with themselves.” (AA Big Book — Chapter 5.)

What does that even mean, “constitutionally incapable?” To me this sounds like another stigmatization of mental health issues. It shames and it alienates. I don’t know how many of us don’t make it back to the rooms of AA because we don’t want to be seen as being “constitutionally incapable,” don’t want to be seen as those who failed the program that is so hard trying to help us?

I think the best way to tackle the problem of the message and the language is to seek out those who build us up, who help us regain our sense of self, who don’t equate EGO with EVIL. We don’t need to have a big ego, but there’s nothing wrong with confidence and feelings of self-worth, and there’s nothing wrong with believing in something else other than god to help us get through the dark times.

For me Reality will do just fine; and god is also fine for those who believe, but let’s keep in mind that there’s no right or wrong path to sobriety—just interpretations of words that get us there, and many of those interpretations are based on emotions; they are complicated and different for each and every one of us.