From Rejection and Isolation to Connection and Healing 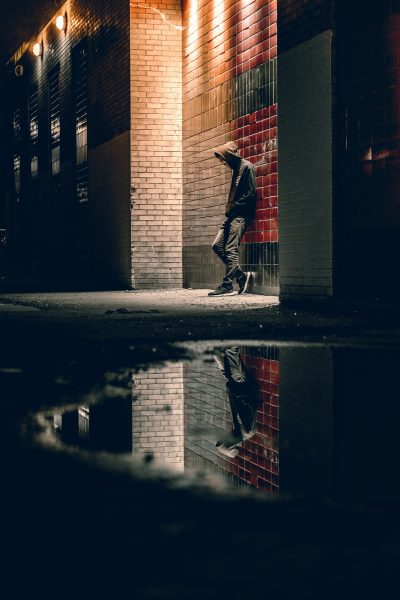 The pain of rejection and social isolation is real.  It’s as real as any other kind of wounding, and just as damaging.  Our hearts get broken, our feelings get hurt, we feel emotional pain—we use such terms to describe something that is not visible, not tangible, yet this poetic language describes phenomenon that can be explained scientifically as well.

There have been many studies proving that the emotional pain experienced by a person activates the same areas in the brain as physical pain—for example, people have been known to suffer heart trouble (“broken heart syndrome”)because of a breakup.  Children who are deprived of a lot of physical contact fail to thrive in all areas of their lives.  Emotional distress can cause loss of appetite, depression, illness and even death (perhaps not directly but through all the other means that will lead to person’s demise).

It has been said so many times that what makes recovery successful is not detoxing, getting clean—even a prolonged period that is substance-free—but connection.Without human support, friendship, and the ability to relate to others, even the most dedicated person won’t thrive in her sobriety.

Addiction isolates us, it turns us away from people—it is, essentially, a disease of aloneness.  Even if your drinking or drug use started in a social setting, it never ends there—the socializing is fun for a while, but then it just gets in the way of addiction.  Or it just serves as something we must do to mask our addiction.  Think about it: how many of you have gone or organized a party just to have an excuse to drink?  No, not to meet and talk with people, but specifically to attend to whatever substance you were chasing at the time?  I know I’ve done it many times.

At the end of my drinking career, I was very much alone.  I was no longer capable of being a husband, father or a friend.  I lived in a house full of people, yet there I was—completely by myself, in abasement, hiding, spending my time with booze and the TV screen instead of my beautiful family.  And that’s how I thought I wanted things to be.

At that time, I still hadn’t addressed my infancy trauma of having been relinquished, or my childhood shaming when I admitted to having been adopted.  Drunk, I had no idea that I spent most of my life living with the intense yearning for connection in me because I felt rejected so early in life.  I felt there was a Great Lack of something, I felt that I was different from others, but it wasn’t until I got sober that I understood what that difference was all about.

It wasn’t until I got sober and met people whose feelings—of that indescribable yearning, of shame and rejection—were similar to mine.  Connection.  Understanding.  Getting to know people who lived liked me and who suffered like me.  I was blown away that I was no longer alone with my perceptions and experiences.

It wasn’t until I was able to voice my shame and my confusion, and find others who understood my addiction, that I finally started to get better.  I think I probably would’ve made it a few months—maybe even years, oh the horror!—sober just with the help of my immediate family and without a specific program of recovery, but I know I’d turn our lives into hell because the feelings of disconnect would remain in me.   Luckily I’ve found people whom I was able to relate to, almost as soon as I got sober.  With time, it turned out that there were many differences—some of them intolerable to me—between me and my fellows, but in the beginning, the fact that I had somewhere to go and talk and really be heard?! Wow. That was the most powerful aspect of my early recovery.