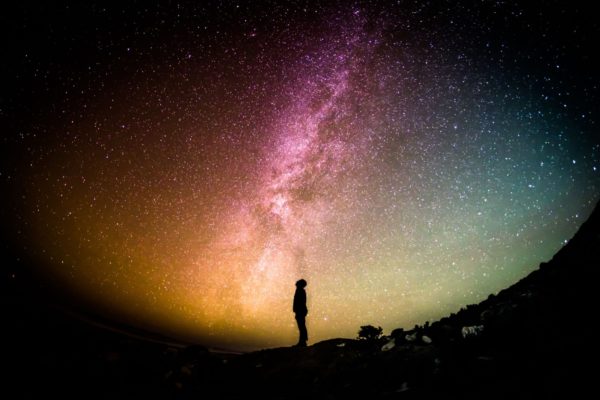 One of the most rewarding, but also the hardest aspects of recovery, is being able to right some of the wrongs done in the past. But having said that, life is not a movie and nothing in it happens as we’d have planned, so be aware of counting on this particular declaration as a guarantee. I think some people, especially in the 12-step rooms, have this belief that once they achieve their sobriety, the rest of the scattered puzzle pieces of their lives will gravitate toward each other and arrange into a whole. This might be the case for the few lucky ones, but sobriety is not some kind of a magical spell that will improve everyone’s life to the point where we’ll all be able to get closure. That’s an absurd thing to hope for. And closure itself is such a cop out—I’m not suggesting for us to be cynical about its possibility, but it rarely happens and sometimes, no matter how hard you try, you won’t be able to get it.

I had been relinquished as an infant and have never met my biological parents. There is absolutely nothing I can do in this world to find answers to some of the most pressing questions I have. I cannot ever sit with down them and have a conversation with them—they are both no longer alive.

I do struggle occasionally with the regret along the lines of: “Why didn’t I search for them sooner?” or “If I hadn’t been so caved-in on myself, I might’ve found them before they died.” And sometimes I think that if I wasn’t drinking alcoholically and blowing up my life, I might have been more organized and emotionally able to deal with this stuff that still surfaces. But if I keep going down this road of “what-ifs”, I stumble across some dangerous fantasies such as: “Had I met them would they have apologized for relinquishing me? Would they express regret for society looking down on pre-marriage and/or single-mother births at that time? Would they apologize for the conformity to that notion their families showed? Would they simply express remorse and shame for not knowing me all these years?”

Today I know that if I don’t watch myself, I could potentially spend hours… days, weeks obsessing over these sorts of questions. It’s a little bit like probing that achy tooth with your tongue—it hurts, but there’s also some weird satisfaction to it even though the pointless gesture brings no resolution. But I don’t spend too much time on those thoughts because I know that I will never know the answer to my questions—or more accurately, if I’m to be completely honest with myself, I actually do know the answer to these things because my parents’ actions spoke louder than their words: they did not come find me so I can never know what they were thinking.

Should I feel resentment over that? That’s a bit complicated. They are dead. And the resentment is the way it always is—a waste of energy, and it brings me no relief. The only way for me to deal with unresolved issues like that is to remember my relentless pursuit of reality.

I have to ask repeatedly: “What do I KNOW?” Not what do I PERCEIVE or what do I think motivated my parents to do what they’ve done. 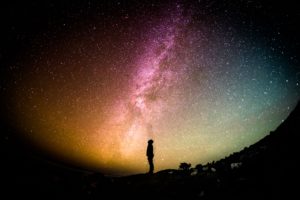 Photo by Greg Rakozy on Unsplash

And what is the reality? The reality is that I will never know the whole truth. And I have to become okay with that because that is actually the only truth that matters—the truth of me not knowing the truth that I want to know. The lie has been disrobed.

And in more practical terms, I have learned enough to be able to give myself some peace of mind about what it must’ve been like for my mother living during that awful time. I’ve done a lot of research about the Baby Scoop Era, single mothers at that time, and homes for unwed mothers, and that has allowed me to come really close to the facts. I now have enough information—in this case, through studies of others that may be almost as powerful as knowing the whole story, as we relinquishees have had many years and much collective wisdom that now validate those traumatic experiences.

In my sobriety now, I know that it is not my job to tie up all the strings and put together all the puzzles. My job is to remember what is real and what is not. What is real is that I have access to some facts and what is not real is that I will ever extract enough from those facts to get a kind of a personalized answer that will satisfy me emotionally to the point where I will be able to get complete closure. I think it’s important for all of us to stick with facts, stick with reality, and don’t let the fantasies get the best of us. We’ve more chance of happy survival if we are rooted firmly in our life of recovery.