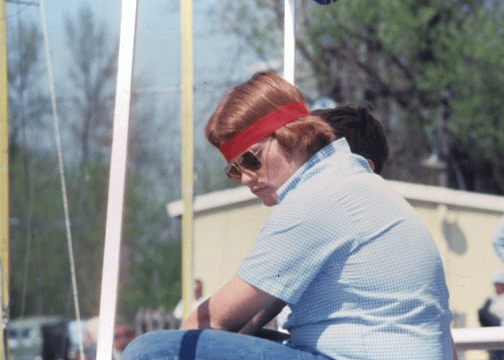 “Far more than a quest for pleasure, chronic substance use is the addict’s attempt to escape distress.” ~ Gabor Maté, In the Realm of Hungry Ghosts

I can say with full confidence that nobody starts to drink to get addicted. There’s not a teenager in the world who puts his lips to that first bottle or glass of alcohol and thinks, “I really hope to get become dependent on this stuff eventually so that I might ruin my life.”

Those first drinks are fun, drank in the spirit of camaraderie, to help us get over our social anxiety and other perceived inadequacies. I started drinking in my teenage years where everybody drank at parties and, in fact, I became one of those legendary high-school popular guys who organized events, even provided alcohol. Later, when I worked as a trader, drinking was simply part of the culture.   Even though lots of it was done to “take off the edge” – to deal with stress – it was still fun. In other words, I drank for pleasure for many years.

Yes, in my adulthood I drank to escape work distress, but I drank with friends who were in the same boat as me, so I saw these as social occasions. When I thought “alcohol” I thought “fun,” “relaxing,” “getting a break” and the evidence was that, indeed, it provided all those things. My brain was being trained to associate alcohol with good feelings. If someone were to tell me that I could have fun sober, I wouldn’t believe them because I had rarely tried, and when I tried it I thought how much more fun it would be were I to enhance it with some booze.

But addiction has a funny way of turning on you. It’s like this super fun guest you invite into your life and your home.  At first, he is the most entertaining guest you’ve ever had who’s not only making your body feel good, but who also opens doors to opportunities (who hasn’t networked while a little buzzed?), and who helps you talk to the best-looking girl in the room like it’s nothing. Without this guy, you feel unsure of yourself, shy, you don’t know what to do with your hands, and there’s no way in the world you’re going to talk to the best-looking girl in the world – you’d rather die!

After a while, however, this guest starts to invite himself over all the time. He seems to be everywhere – whispering in your ear, distracting you, telling you that you’re so upset that only he can fix it. When you wake up the next day, you’re riddled with shame over what might’ve happened the night before because you let him come with you to some important family function and you were slurring your words – you were not charming at all. But look! Lucky you – he’s there right away to help you forget!

One day, he trails behind you when you go to watch your son’s game; later, when you take your wife out for dinner. Eventually, he’s even there when you’re by yourself in your basement. He doesn’t just come over – he has moved in. And the only way to deal with him and the consequences of having him in your life, ruining your life, is to drink (or use) more. You now drink to forget that he’s there/ that you’re drinking. You are now trapped. You are now addicted. The pleasure is long gone. And every time you tell him to move out he comes back the next day, sometimes a few days later, but he always comes back – he knows exactly when to arrive, at the slightest feeling of distress you might have, when there were too many hours of boredom in your day, or when it hurts to be inside your own skin.

Recovery is like bringing a U-Haul and packing up all the wreckage of your past (to use the 12-step phrase) and moving that guy the hell out of your life. He might come back to visit, sometimes to stay longer, and occasionally he’ll stay with you until your death. But the thing is, he will move out and stay away if you remain diligent about keeping him away. And most importantly, once you retrain your brain – during your recovery – to enjoy life and its realities for what they are, the odds of him coming back decrease. As you recover, you learn to have fun without his presence, and you find that the pleasure was there all along and it had nothing to do with addiction being in your life.